The most frustrating problem I had in beer making must be the head. I tried my best to copy a successful recipe as good as I possibly could and when the beer was finished I would be very disappointed by it. I would pour the beer in a glass and foam would appear. But then, the small bubbles would turn in big bubbles and within minutes they would collapse and the beer would look as if it had been standing there the whole evening. The soul had disappeared. In Dutch we literally call it “dead”.

I had no idea why it happened because I did everything according to the recipe. So It was time to find out what went wrong. And I found some information that was very helpful. I normally don’t like copying information without testing it but I think that the information I found was pretty good.

So what happens when you pour a beer?

First foam forms. I guess that usually this is not a problem When there is CO2, bubbles appear and they drag beer up to form bubbles.

After that the beer drains down between the bubbles and the foam starts to dry.

Then the foam should be strong enough to remain. Some kind of structure should form to keep the bubbles small and strong. If there is something wrong the small bubbles will not be able to sustain themselves and collapse, forming bigger bubbles that will also collapse. It’s like watching your work being destroyed without being able to do anything about it. A dead beer is a sad, sad sight. 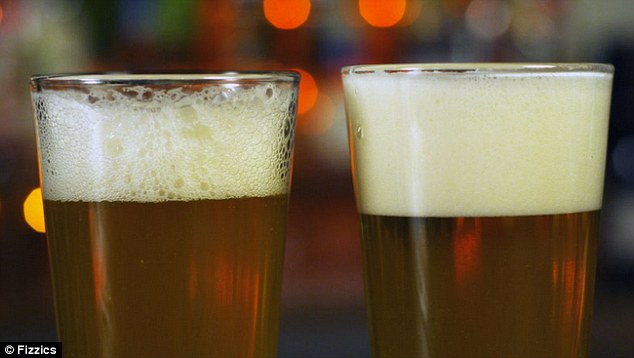 So what are the things that attack our beloved heads?

And what can be done to improve our head?

I am merely an amateur and do not have the intellectual background to explain all the above. I doubt that there is any person on earth that possesses so much knowledge. I gathered these tips and translated them in “normal people language” because I found them helpful and I hope that it helps to give you a healthy head.

This entry was posted in Bira. Bookmark the permalink.